After two previous attempts at playing for a spot in the state Division I title game, the unbeaten Whitmer Panthers (14-0) steamrolled the Mentor Cardinals 62-34 in a DI semifinal contest on Saturday, November 24 at Arlin Field in Mansfield. Ohio to punch their ticket to Canton for their final game of the season.

This was the Panther’s third straight appearance in a semifinal contest.  Whitmer fell to Lakewood St. Edward 23-17 in 2010 and Cleveland St. Ignatius 17-6 last year.  Both schools then went onto win the state championship in each respective year.

Entering the game the spotlight was on Mentor’s sterling senior quarterback Mitch Trubisky.  The North Carolina recruit is the top prospect for Ohio’s Mr. Football award.  However, when the final seconds ticked off of the scoreboard, it was Whitmer’s senior quarterback Nick Holley that had the crowd buzzing as he out-shined Trubisky.

Holley accounted for 399 offensive yards by himself carrying the ball 27 times for 249 yards and two touchdowns  and throwing for another two scores with a 150 yard (7-for-11) passing performance.

Whitmer held onto a 20-13 lead at the intermission before exploding for six touchdowns in the second half to put the game out of reach.  Seventh-ranked Mentor (12-2), which knocked off perenial DI powerhouses Lakewood St. Edward (63-56) and Cleveland St. Ignatius (57-56 in three overtimes) in its previous two games could not muster any last minute come-from-behind heroics against the Panthers.

Standing in the way of the Panther’s first state football championship in school history is yet another formidable foe that is extremely familiar with winning state titles.  Cincinnati Archbishop Moeller, owners of seven state championship trophies, will be making their 12th appearance in the title game.  This will be the eighth meeting between the two schools and the first since 1993 with the Fighting Crusaders holding 7-0 advantage over the Panthers.

The Whitmer Panthers will take the field in the premier game for Ohio high school football on Saturday, December 1 at 7:00 p.m. at Fawcett Stadium in Canton, Ohio. 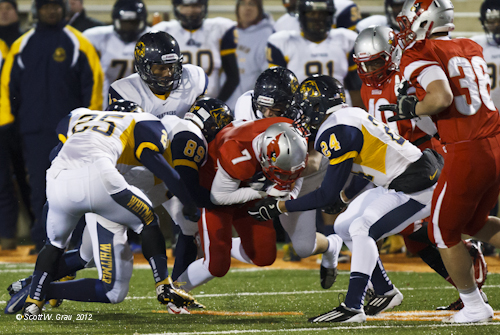 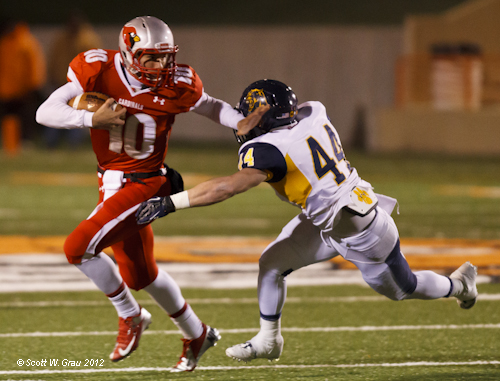 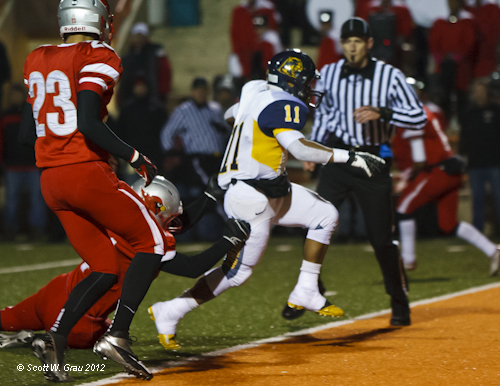 Whitmer running back Me'Gail Frisch (11) scampers into the end zone from 15 yards out in the first quarter. 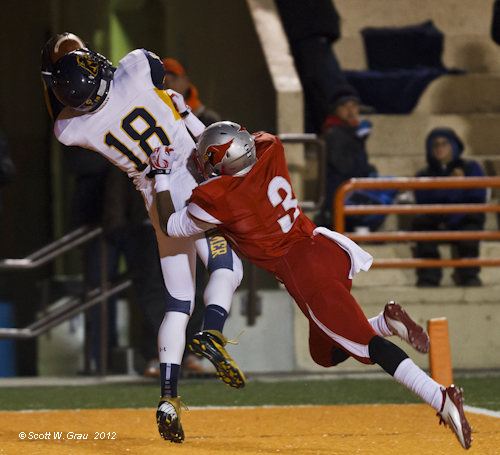 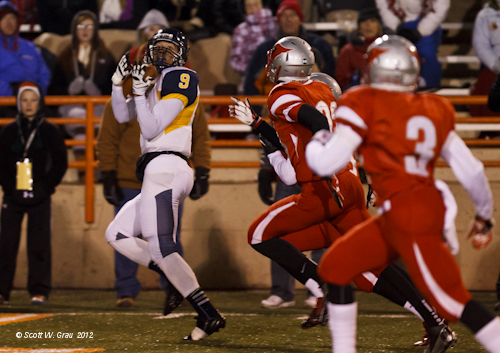 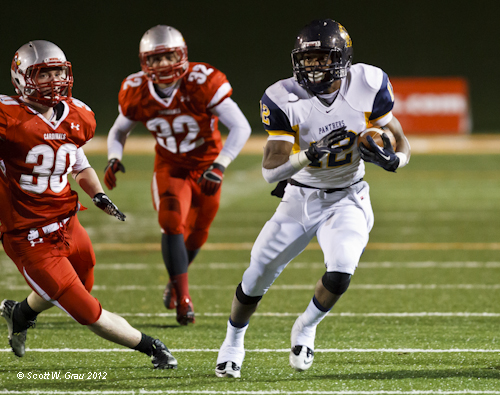 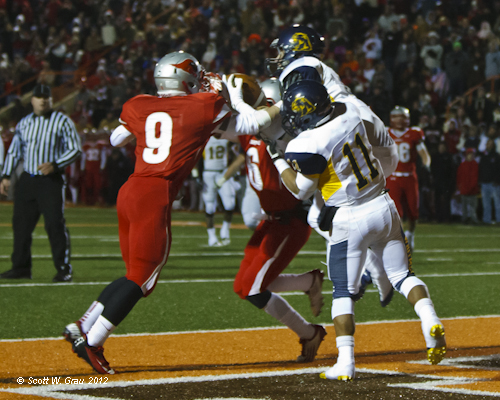 Whitmer wide receiver Matt Bodeman (4) snatches the ball from two Mentor defenders for a 10-yard touchdown reception in the fourth quarter increasing the Panther's lead to 41-20. 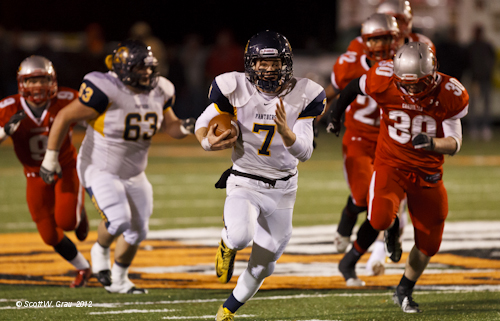 Whitmer senior quarterback Nick Holley (7) races 48 yards to the end zone in the fourth quarter for his second rushing touchdown of the game. 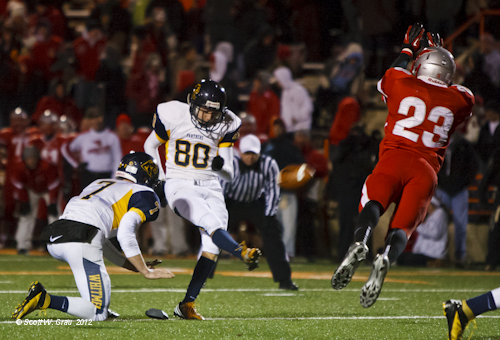 Whitmer running back Tre Sterritt (12) carries the ball into the end zone for the Panther's final score of the game in the fourth quarter.