For the second consecutive year Notre Dame Academy was awarded the Three Rivers Athletic Conference All-Sports Championship Trophy.  The Eagles captured back-to-back league titles in cross country, tennis, basketball, and track and field and finished as the runner up in volleyball, soccer, swimming and diving, and softball for the 2012-2013 academic year.

St. John’s Jesuit narrowly beat out defending champion Findlay to capture the boys TRAC All-Sports Championship awards.  The Titans claimed conference titles in soccer, basketball, and tennis.  St. John’s finished as the runner-up in golf but placed no higher than third or fourth in the other varsity sports.

The TRAC All-Sport Championship Trophy is a rotating trophy that is awarded to the Three Rivers Athletic Conference member school accumulating the most points in varsity contests during the academic school year.   A trophy is awarded to an individual school for boys and girls sports respectively.  Points are awarded to schools based upon the final conference standings in each recognized TRAC varsity sport. 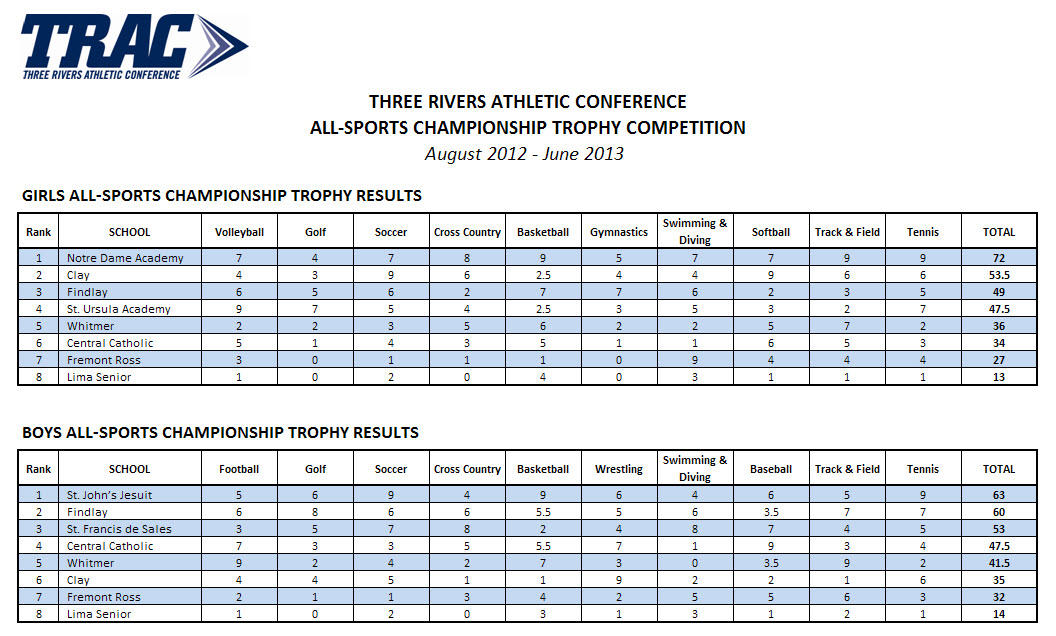