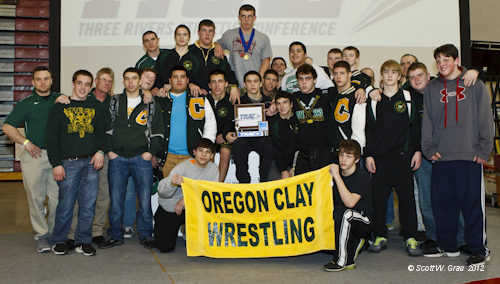 Clay is expected to repeat as the TRAC champions once again after capturing the inaugural conference title last year.  The Eagles finished in fifth place as a team in the state Division I wrestling championships.

The popularity and success of the Clay wrestling program is apparent when reading the team roster.  In fact there are so many wrestlers on the team that two full varsity squads wer formed.

Second-year head coach Ralph Cubberly told the Toledo Blade, “﻿As long as we can stay healthy and get our athletes into the correct weight classes, I believe that this team has the capability to compete with some of the top teams in the state.  This is a very hard-working group of athletes who are goal-oriented, as a team and individually.”