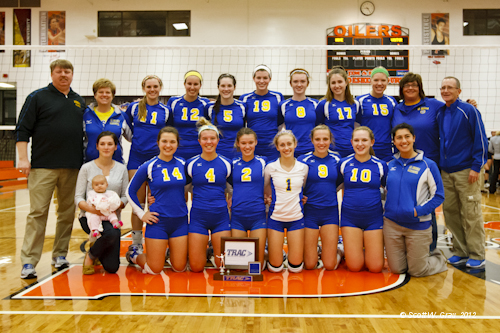 St. Ursula, currently ranked as the No. 2 team in Division I according to this week’s Ohio High School Volleyball Coaches Association poll, also finished on top in the regular season standings going a perfect 7-0 in TRAC conference play. The Lady Arrows , who were the state champions in 2010 and finished as the state runner-up last year, have compiled an impressive 76-3 record since the start of the 2010 season. Notre Dame advanced to the TRAC title game by upsetting No. 4 Findlay in the semifinals in four sets. St.Ursula defeated unranked Central Catholic in four games in the other semifinal match that was played on October 8. 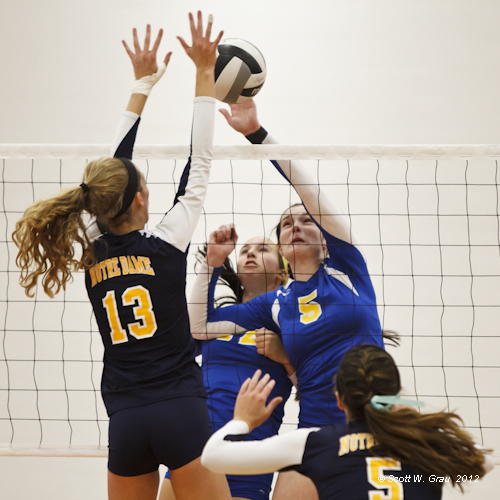