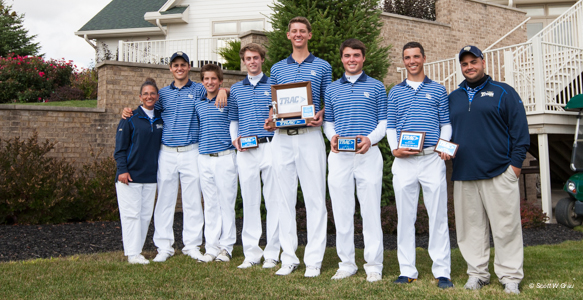 Trevor St. Jean of Findlay shot a 4-under par 68 to earn the individual medalist award for the tournament.  St. John’s Jack Mancinotti finished one stroke behind St. Jean with a 69 but earned the TRAC Player of the Year award based on his combined total points score of 492.5 for all conference events played during the regular season which was more than 30 points greater than the runner-up.

Note: Lima Senior did not field a team