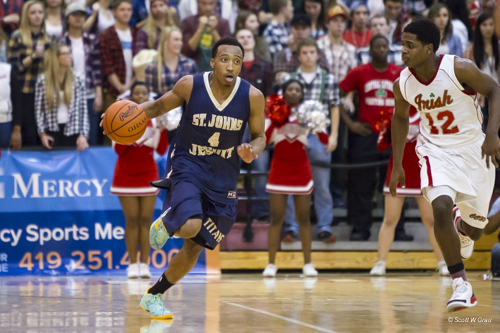 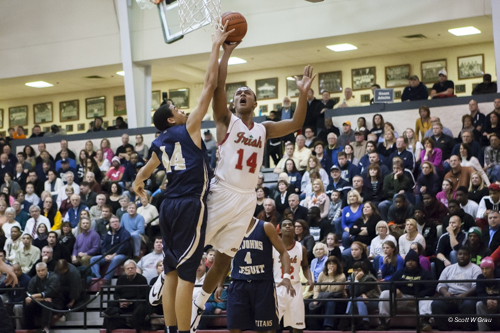 Central Catholic senior guard DeShone Kizer goes to the basket for a layup. Kizer lead all scorers with 29 points. 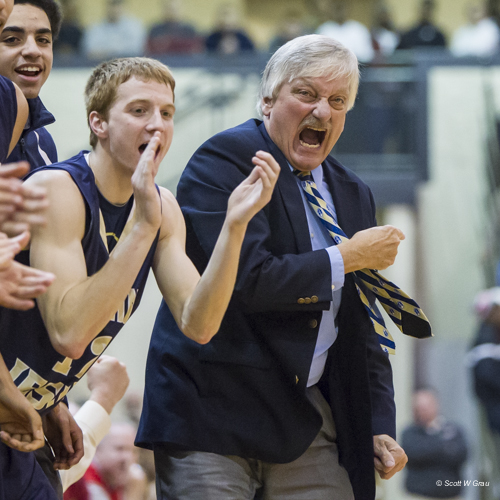 St. John's head coach Ed Heintschel reacts to a play during the game.

First place in the Three Rivers Athletic Conference was on the line when the St. John’s Jesuit varsity basketball team traveled to No. 9 Central Catholic’s Sullivan Center on January 9, 2014.

The Titans featured the league’s top scorer in senior Anthony Glover, Jr. who came into the game averaging over 19 points per game.

A sold-out crowd of 2,400 were treated to a thrilling game in which St. John’s squeaked out a 62-59 overtime victory.  With the win, the Titans remained perfect in conference play at 6-0 while sporting a 10-2 overall record.  Central Catholic (4-1 TRAC/ 8-2 overall) suffered its first conference loss.

Glover scored 22 points including seven of the Titan’s 11 points in the overtime period.

To read more about the game click on the link: