Fourth-ranked Central Catholic (10-1) rebounded from their resounding defeat to Whitmer in the final regular season game to send the Grafton Midview Middies (9-2) packing with a 50-7 first round OHSAA Division II Region 6 playoff victory on Friday, November 2 at Gallagher Stadium in Toledo, Ohio.

Running back Cedric Gray closed out the scoring for the Fighting Irish with a three-yard plunge in the third quarter.

Central Catholic amassed 431 yards in total offense.  On the ground they rushed 57 times for 237 yards while Kizer had one of his most productive games of the season completing 10-of-13 passes for 194 yards.

The Fighting Irish advance to the Region 6 semifinals and will take on Mansfield Madison on Friday, November 9 at  7:30 p.m. at Firelands Regional Medical Center Stadium at Perkins High School in Sandusky, Ohio. 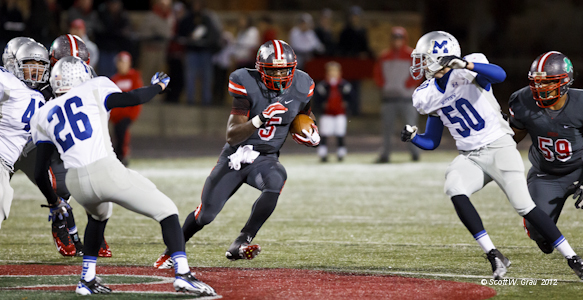 Central Catholic running back Paul Moses looks for daylight as he runs with the ball. 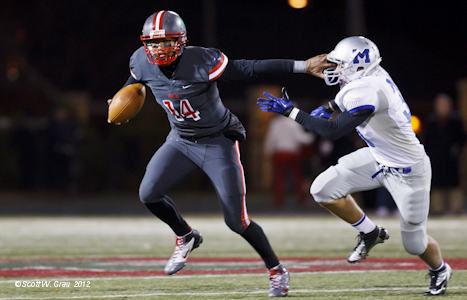 Central Catholic junior quarterback DeShone Kizer tries to evade a Midview defender as he scrabbles for yardage. Kizer ran for two touchdowns and passed for four scoring strikes in the game. 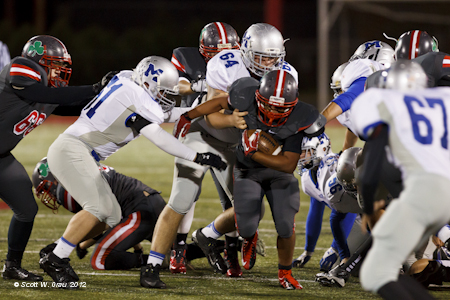 Central Catholic running back Cedric Gray fights off Midview tacklers as his bursts through a hole in the line of scrimmage. Gray scored a touchdown in the game.