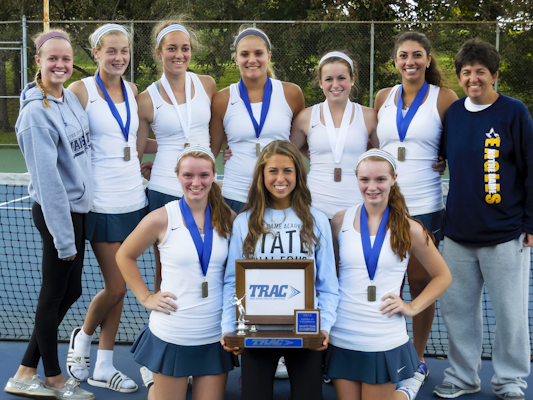 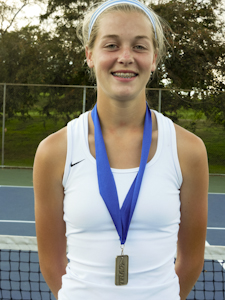 Notre Dame successfully defended its Three Rivers Athletic Conference tennis title by going undefeated during the regular season and then winning the conference tournament on September 21, 2013 at Jermaine Park in Toledo, Ohio. 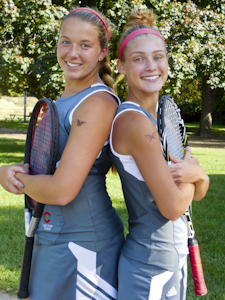 The No. 1 doubles title was won by the Central Catholic team of senior Mallory Dennis and junior Emily Brown in straight sets (6-2, 6-3) over Clay’s Emilie Roman and Jennifer Belkofer.

Junior twin sisters Xan and Sheridan Miller of Notre Dame finished off the Eagles domination on the courts with a 6-2, 6-4 win over Rachel Nelson and Jennifer Lucas of Clay in the No. 2 doubles title match.

With the conclusion of the regular season, the Eagles hope to take their on-court prowess deep into the state playoffs.  The OHSAA state tournament begins on September 30 with sectional play and concludes in Columbus on October 19, 2013 with the semifinals and finals.

The results of the Girls Varsity Tennis Tournament can be viewed by clicking on the following links: