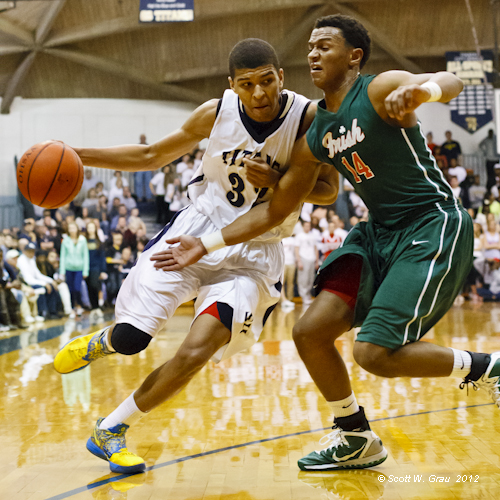 St. John's senior Marc Loving drives to the basket against Central Catholic's DeShone Kizer during the Titans 68-56 win over the Fighting Irish on January 18, 2013.

“It wasn’t too big of a deal for me coming into the game,” Loving told Toledo Blade sports writer Steve Junga after the game.  “I wasn’t really thinking about that. I was definitely thinking about getting this victory, and it feels good to edge them out by one point.

Loving, a 6-foot-8 forward-guard who has been a four-year starter for the Titans, will play for the Ohio State Buckeyes beginning with the 2013-2014 season.  He signed his national letter of intent on November 14, 2012 but verbally committed to play at Ohio State following his freshman season.

Entering his senior year at St. John’s, Loving was considered to one of the Top 100 players nationally by several recruiting services.

Last season he was named as the 2012 Associated Press Division I Co-Player of the year in Ohio in addition to earning all-district and Three Rivers Athletic Conference Player of the Year accolades.  Loving was a second team all-state selection in 2011 as a sophomore.

During the 2012 NCAA Final Four activities in New Orleans, Loving was one of eight juniors selected to play in the 2012 All-American Championship event. 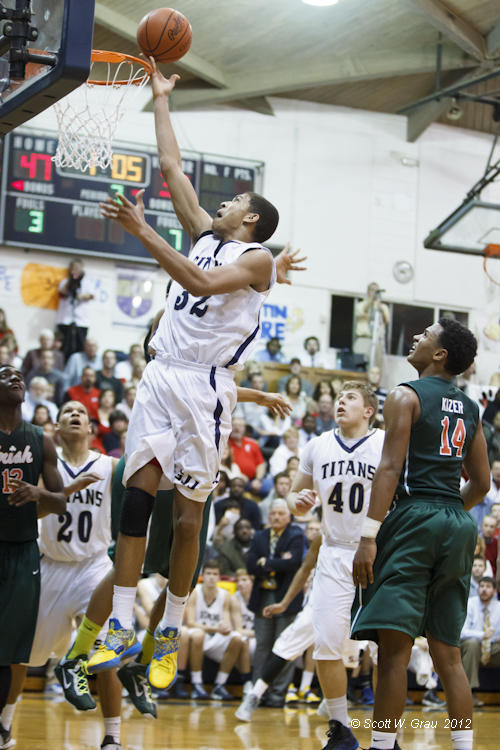 Ohio State-bound Marc Loving lays the ball into the basket during the Titans 68-56 victory against Central Catholic at home on January 18, 2013.