Lima Senior’s Ruben Flowers III has verbally committed to play football for the University of Pittsburgh. 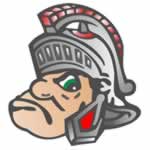 The Lima Senior Athletic Department is pleased to announce that Ruben Flowers III has verbally committed to the University of Pittsburgh. Under the direction of University of Pittsburgh first year Head Football Coach Pat Narduzzi, Mr. Flowers will be the eighth overall recruit for the 2016 class and the fifth from the state of Ohio. Mr. Flowers had a banner junior year for the 2014 football season by earning First Team Division 1 All-State and the Three Rivers Athletic Conference Co-Offensive Player of the Year. Mr. Flowers led the state of Ohio in regular season receiving yards with 1,317. Mr. Flowers also broke both season and career records for Lima Senior Football. Mr. Flowers’ 78 points and 65 passes caught for 1,317 yards in the 2014 season added to his 156 career points and 127 career passes caught for 2,143 yards which are all new records. The highlight of Mr. Flowers 2014 season was his record breaking 280 yards receiving in a single game versus Fremont Ross. Mr. Flowers helped lead the Lima Senior Spartans to 8-3 record earning a play-off berth for the first time in over 15 years. The Spartans are coached by Micah Fell.