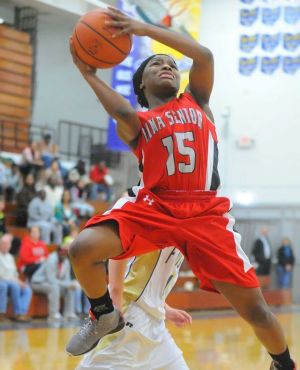 “I like to attack the basket, so everybody collapses on me,” Benjamin told Lima News sports writer Tom Usher. “That gives everybody the opportunity to be open, so I’ll pass them the ball.”

“She’s a true point guard,” Lima Senior senior guard Stacia Allen said. “She gets everybody the ball when they’re open and makes unbelievable passes. … She’s a natural point guard. She does it all.”

The Lima News featured Benjamin in an article that was posted to the newspaper’s website on January 15, 2013.