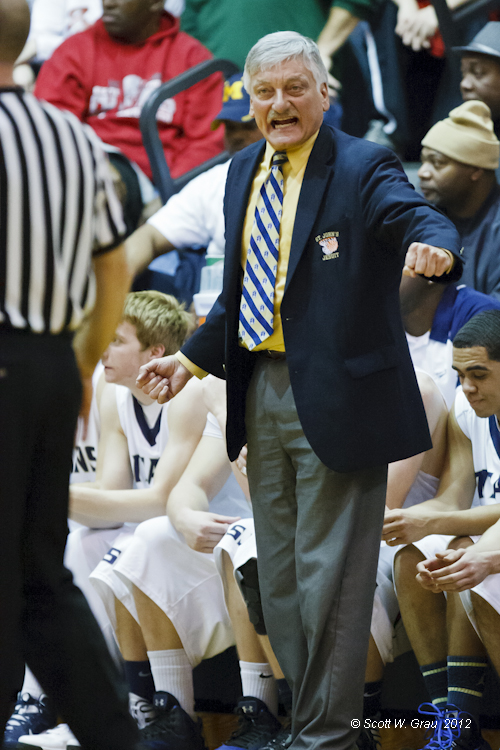 Heintschel became the 10th coach in Ohio state boys basketball history to win 600 games but he is the first one on record to do it exclusively at the Division I level and at the same school.

“I glad it’s over, ” Heintschel told Toledo Blade sports writer Steve Junga after the game.  “When I finally get done with this thing [coaching], I think I’ll look back and appreciate it a little bit more. I’m more in the mode of getting this team ready for the season and making sure we’re improving.”

Heintschel began his distinguished ﻿career four decades ago as the coach of the freshman basketball team for the 1973-74 season.  After completeing that inaugural season he then moved up to the junior varsity level and spent the next five years as the JV coach.

With the start of the 1979-80 season, Heintschel began his 34-year run at the reigns of the Titan’s storied basketball program.  His team finished 4-15 that year.  With the exception of a 10-11 record for the 1984-85 season, Heintschel’s teams have forged a legacy of winning at the Airport Highway campus.  Thus far Heintschel’s career win/loss rcord stands at 600-189 (.760).

Along the way Heintschel has guided his teams to 13 conference titles (Toledo City League), 13 district championships, six regional titles, and three state runner-up finishes.  The only title to elude him is a state championship.

The Toledo Blade published Steve Junga’s interview with Heintschel on the eve of his historic victory.  Included in the article is the story about St. John’s senior Marc Loving’s quest to break the all-time scoring record for the Titans.

Click on the following links to read about Heintschel’s coaching career memories and his historic victory. 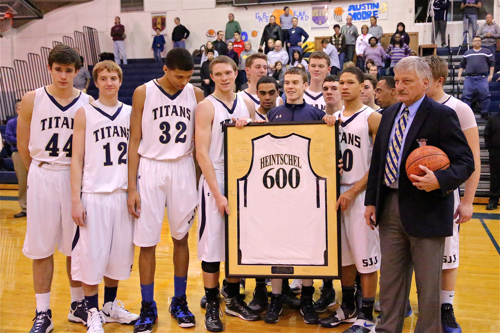