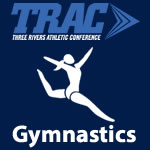 The 2014 TRAC All-Conference teams for girls gymnastics have been announced.  Senior Jody DeMeo of Clay was named the TRAC Gymnast of the Year. St. Ursula Academy head coach Megan Wojtkowiak was selected as the recipient of the Coach of the Year award.