Next year the rivalry between Marc Loving and Nigel Hayes will be escalated to the Big 10 collegiate level.  But on December 12, 2012 the rivalry remained at the high school level for the two seniors — as it has for the past four years — as Loving’s St. John’s Jesuit Titans cruised to an easy 60-37 victory over Hayes’ Whitmer Panthers in the season opener for both teams in TRAC conference play.

Playing before a sold-out house at St. John’s Jesuit High School, Loving, a 6-8 forward, scored 22 points to lead all scorers as the Titans improved to 3-0 overall and 1-0 in the TRAC.  Senior guard Austin Gardner chipped in 14 points.

Next season Loving will be playing for the Ohio State Buckeyes while Hayes will be donning a Wisconsin Badgers uniform.

Although both players look forward to continuing to play against each other in college, their immediate focus is on helping their teams contend for the Three Rivers Athletic Conference championship. 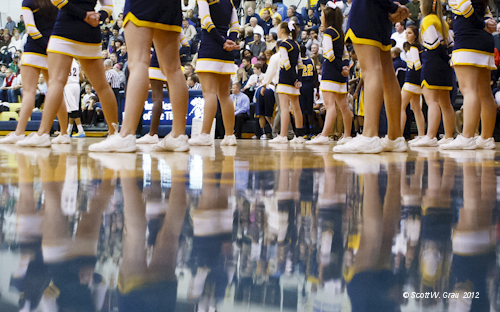 The Whitmer cheerleaders are reflected on the hardwood court. 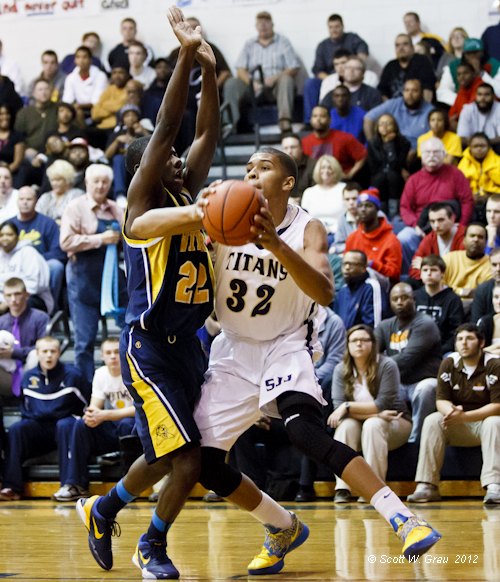 St. John's Jesuit senior forward Marc Loving (32) looks to drive the baseline to the basket against Whitmer junior Jon Ashe (22) during the first quarter of play. 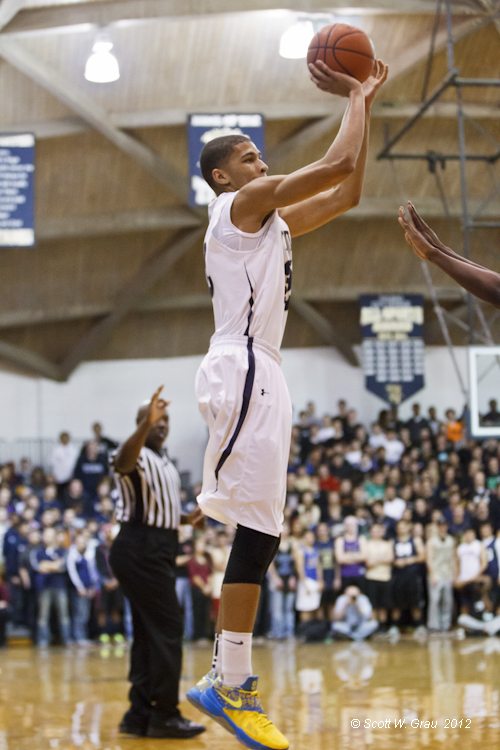 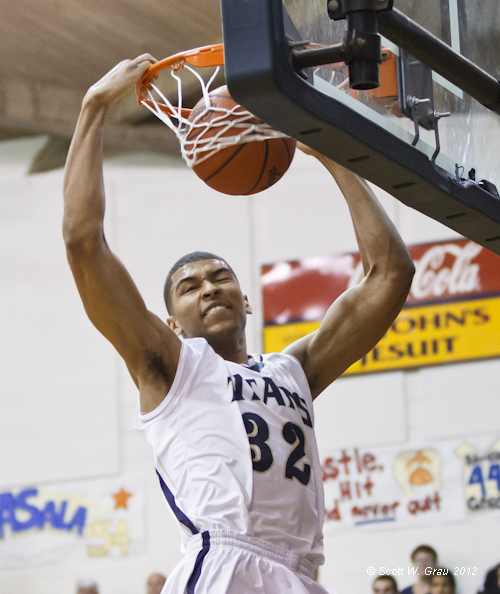 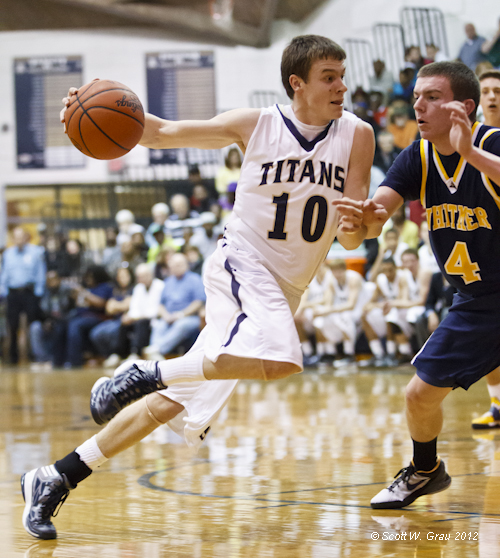 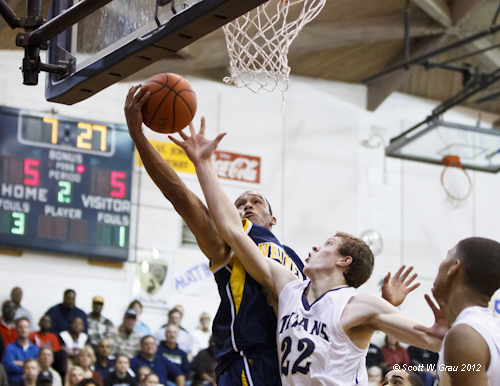 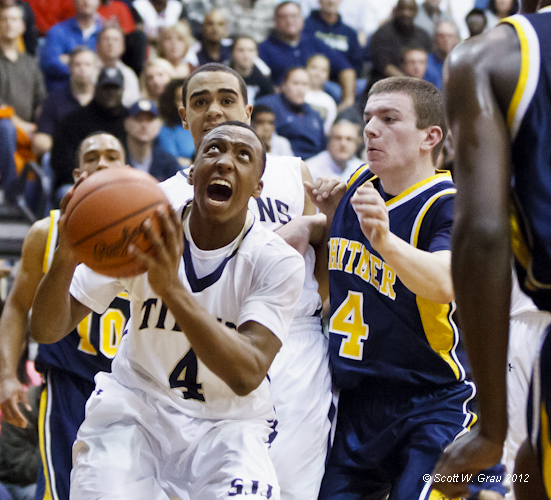 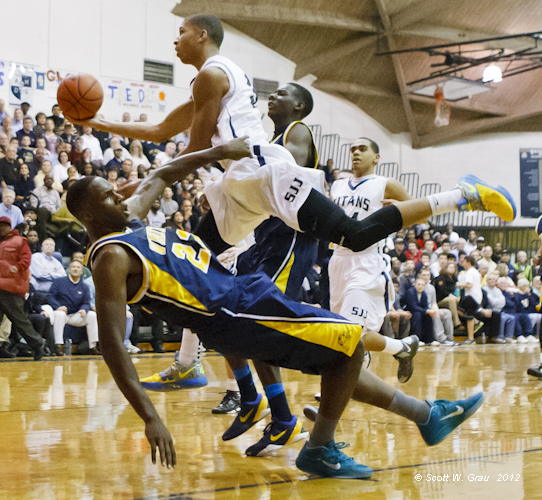 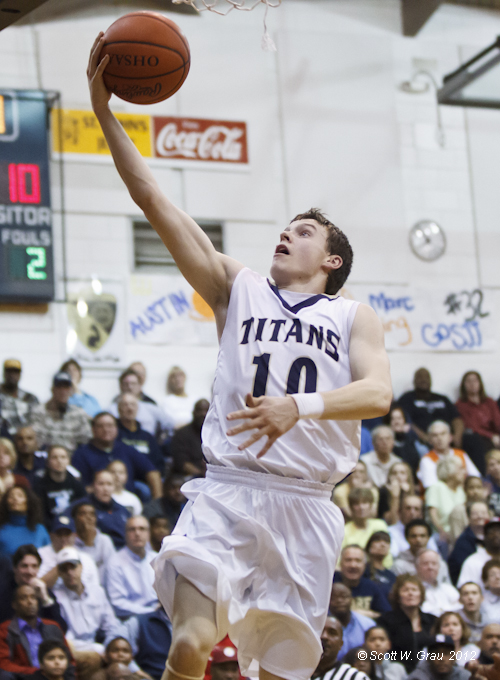 St. John's Jesuit guard Austin Gardner (10) goes up for an uncontested layup during the second quarter of play. 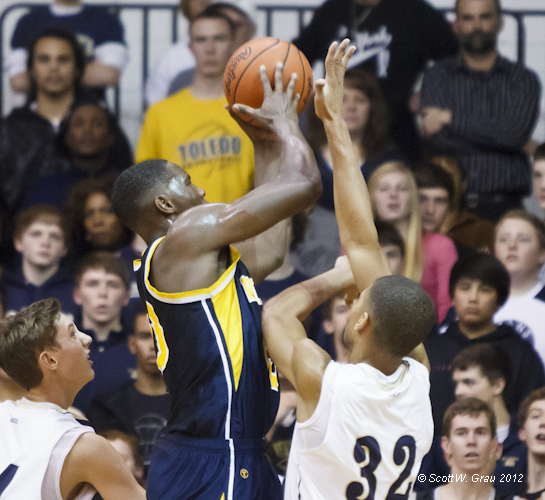 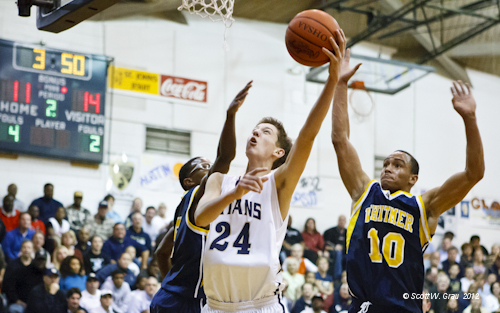 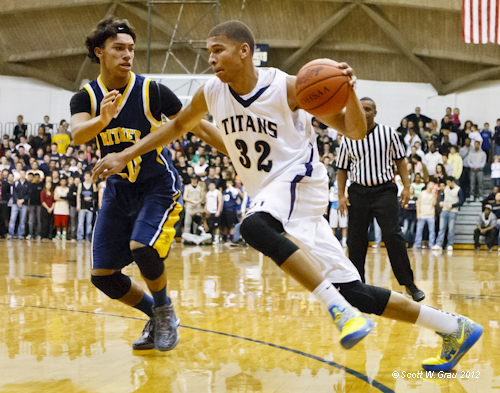 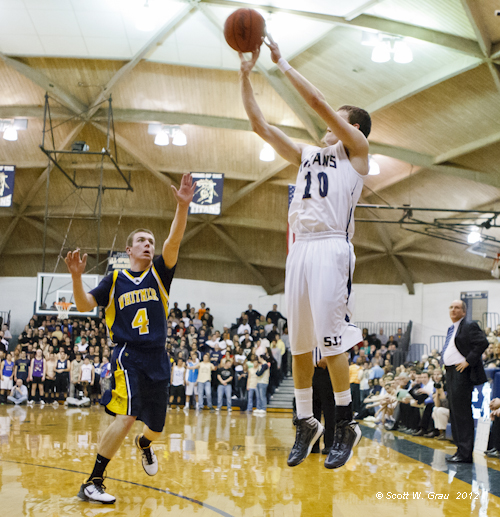 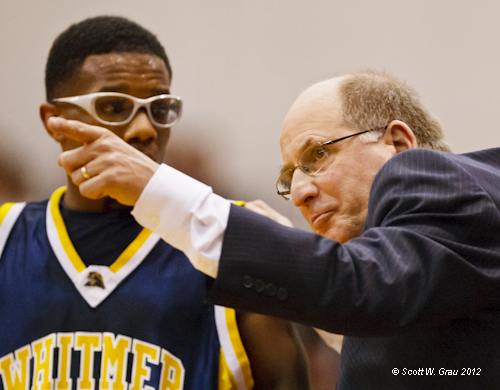 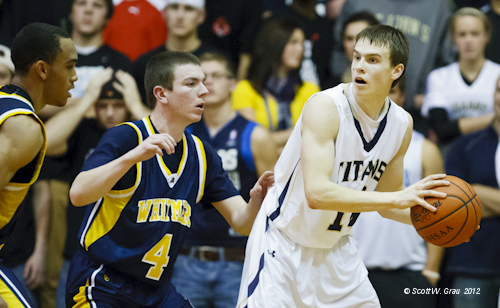 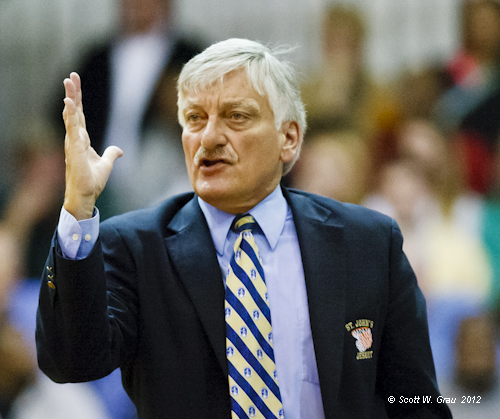 St. John's Jesuit head coach Ed Heintschel signals to his players on the court during the third quarter. 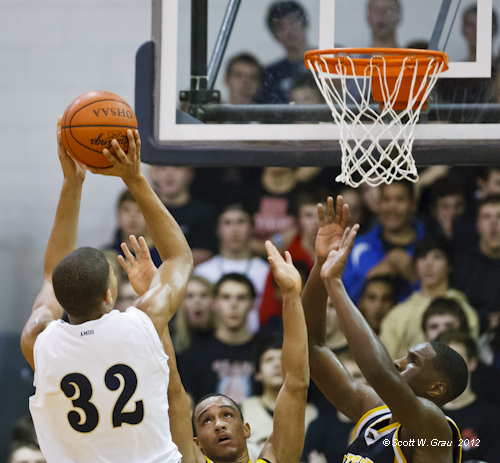 St. John's Jesuit forward Marc Loving (32) shoots over Whitmer guard Ricardo Smith (10) and Nigel Hayes (23) during the second half of the game. Loving topped all scorers with 22 points.