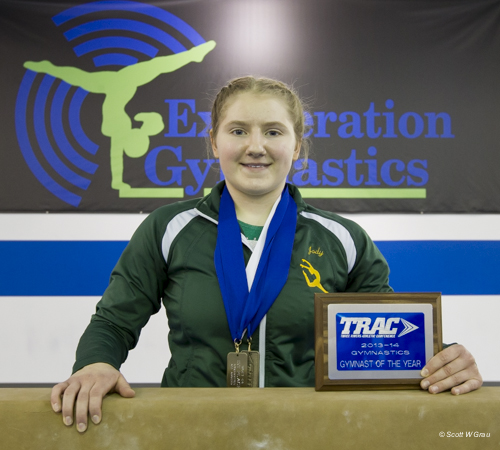 Clay senior Jody DeMeo was crowned the Three Rivers Athletic Conference Gymnast of the Year at the TRAC gymnastics championships. However, according to The Press sports writer Mark Griffin’s feature article on DeMeo,  she would have rather had her Clay gymnastics team win the team title.

DeMeo, however, isn’t complaining after winning the individual all-around TRAC title. She earned that title by winning the floor exercise and tying for first place on the beam. She tied for third on bars and tied for sixth on vault, earning her TRAC Gymnast of the Year honors.

She is the first Clay gymnast to win that award since Kylee Ault led the Eagles to the City League title in 2011.

Click on the link to read the complete article: